by Kevan Davis
Friday the 11th of December 2020

The snaddering system just needs a doodled board and some pieces to put on it. You've probably got at least one old boardgame in your cupboards that's seen better days - instead of bringing it back out this Christmas and spending two hours playing something you've all played too many times before, why not take the pieces and try making your own game together?

Here are a few ideas for reusing bits of an old Monopoly set, and the rules in the Board Games To Create And Play book that you can use them for.

The bits and pieces

This is a two-player game combining the hotels, pieces and dice from Monopoly with the Making Your Mark and Non-Player Pawns rules and the Downtown board from the book. Each player also has a coloured pawn.

One player is red, the other green. They get 12 buildings each and at the start of the game take turns to place them on the board, one per square. The little silver dog is Dogzilla, who starts in a square on the edge of town and moves one square per turn towards the nearest building (resolving ties at random), demolishing any he tramples on. The little silver boat moves around on the river, giving players a free move to any other riverside square. The last player with any buildings of their colour left standing is the winner. 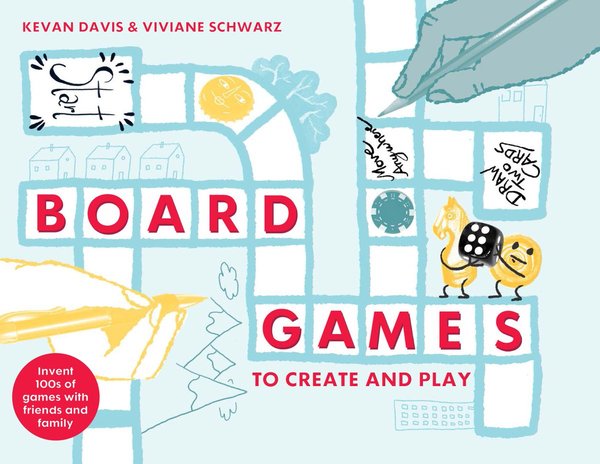 Board Games To Create And Play is a book describing the snaddering game design system, with 58 blank tear-out boards and dozens of suggested rules to try (from barricades and secret identities to card-based movement and worker placement).

You can buy it from sites including Bookshop.org, Amazon UK, Amazon US, Barnes & Noble, Foyles, Hive UK, The Ludoquist and Waterstones.